Drinking a Bottle of Wine a Day

When facing tough times, or even after a long day of work, there may be a strong urge to pop the cork on a bottle of wine and enjoy a glass or two or even an entire bottle.

After all, even reputable sources have claimed that wine consumption’s health benefits can help fight off heart disease and other illnesses. These claims of benefits, unfortunately, remain unfounded. Drinking a bottle of wine a day wouldn’t prevent heart disease or lower cholesterol. It may be a culprit to a long list of chronic health conditions. We’re reviewing the long-term impacts of wine drinking below.

The National Survey on Drug Use and Health estimates approximately 85% of adults used alcohol during their lifetime, while 70% reported drinking alcohol in the past year, and 55% indicate drinking in the past month. The U.S. remains the highest wine-consuming nation in the world. Although legal, wine can be just as detrimental to health as beer and spirits.

Regardless of how severe a person’s drinking can seem on the surface, alcoholism is a serious disease that can have both short and long-term consequences in all areas of a person’s life. If you suspect someone in your life is a functioning alcoholic, professional treatment may be needed to address the extent of their drinking. Contact us today, 24/7, at (719) 259-1107.

In some ways, drinking a bottle of wine a day may seem innocent. The National Institute on Alcohol Abuse and Alcoholism (NIAAA) defines a standard wine bottle as 750 milliliters. There are roughly five glasses (5 oz) of wine in one bottle. According to the Centers for Disease Control and Prevention (CDC), moderate drinking entails one glass of wine per day for women and two per day for men. Consuming alcohol above moderate drinking standards significantly increases the potential risk of short-term harm, such as injuries and chronic illnesses.

Drinking a bottle of wine a day by yourself suggests rates of alcohol use categorized as binge drinking. A 2018 study published in The Lancet found that drinks consumed above moderate standards, outlined by the CDC, increase the risk of stroke, fatal aneurysm, heart failure, and death.

In 2015, 66.7 million people in the United States reported binge drinking in the past month. Research also suggests that alcohol can numb the mind so that people forget their inhibitions and concerns. Symptoms of anxiety and depression may subside temporarily, but other short-term effects carry serious consequences.

Alcohol affects both the body and mind. There are physical and psychological consequences to the overconsumption of alcohol, whether it’s wine, beer, or spirits.

Many Americans believe occasional wine consumption, regardless of the quantity consumed, is safe and may even provide health benefits. Newer research reveals that there is little evidence to support this claim.

Although a person may not suffer from alcohol addiction, the short-term effects of wine can still impact the mind and body. The liver is tasked with processing alcohol but can only filter one standard drink per hour, mostly dependent on age, height, weight, and gender. Excess alcohol not absorbed by the liver is released back into the blood. Drinking a bottle of wine alone can quickly raise blood alcohol content (BAC) depending on how long it takes to consume.

The short-term effects of drinking a bottle of wine alone can range from mild to more severe symptoms. Here are a few:

Drinking too much overtime can cause extreme issues impactful to both mental and physical health. For example, heavy drinking or patterned drinking, over time—can contribute to liver damage, cardiovascular disease, and multiple types of cancer.

Of course, there are serious concerns when it comes to drinking and long-term brain health. Exposure to alcohol during critical periods of development—such as in the womb or during teenage years—can cause lasting damage, as can binge drinking during any stage of life.

Specifically, heavy drinkers are at risk of developing a neurological disorder called Wernicke-Korsakoff syndrome, a chronic memory disorder caused by a deficiency of the vitamin thiamine.

Other long-term health effects of drinking a bottle of wine consistently include:

Drinking a bottle of wine by yourself isn’t necessarily life-threatening. However, with continued use, it can contribute to a laundry list of illnesses, including dependency. Even wine, widely viewed as a sophisticated type of alcohol, is highly addictive.

Alcohol is a simple chemical that can bring about significant changes in the human brain’s complex functions. For example, when we drink wine, it can trigger the release of other chemicals in the body that make us feel more confident and less sensitive to pain. Drinking on occasion, especially in large quantities, can quickly spiral into a larger issue.

Moderate drinking isn’t a cause for concern in most adults. But when alcohol consumption gets out of control, you may find yourself on a dangerous path toward addiction.

Drinking a bottle of wine by yourself may be an innocent pastime. However, it may also indicate an underlying issue if it becomes a consistent habit or when increased amounts of wine are required to achieve the same desired effects.

Knowing the signs and symptoms of each stage of alcohol abuse can aid in seeking help before the problem turns into dependence and addiction.

Does Drinking a Bottle of Wine By Yourself Really Have an Impact?

Drinking a bottle of wine by yourself, especially consistently, may have a lasting impact. You may have heard the term, “drinking a bottle of wine a day keeps the doctor away.” This is a common phrase that further reinforces American alcohol culture. However, evidence-based research suggests that alcohol’s impact on the brain increases its risk of abuse. Additionally, AUD is also one of the most common substance abuse disorders (SUD) in the U.S., impacting more than 14 million Americans.

Alcohol is also commonly found with other mental health illnesses like depression and anxiety. The occurrence of two existing conditions is referred to as comorbidity or co-occurring disorder.

According to most primary care physicians, daily alcohol use is indicative of an alcohol use disorder and possible dependency on alcohol. Research has more evidence that prolonged use of alcohol has significant negative physical and mental consequences.

In the end, the dangers of alcohol use are much more prominent and supported by ongoing research. Healthcare physicians and addiction treatment specialists recommend seeking help for problem drinking as the risks of dependency increase with continued use. If caught early enough, treatment professionals can manage alcohol misuse effectively. With integrative approaches and dual diagnosis care, AUD is a treatable disease.

According to the Diagnostic Statistical Manual for Mental Disorders, drinking a bottle of wine a day  meets the medical criteria for binge drinking. If use continues, it can suggest an alcohol use disorder.

Signs of Alcohol Abuse include:

Signs of Alcohol use Disorder include:

Drinking a bottle or a glass of wine a day places you at much higher risk for AUD and can lead to significant medical, mental, and relational problems.

AspenRidge’s trained, board-certified therapists, medical staff, and counselors offer counseling and rehab programs for those addicted to alcohol. Our Colorado alcohol addiction treatment programs take on a dual diagnosis approach. We guide clients using evidence- and holistic-based treatment modalities to address alcoholism and the underlying issues that exacerbate it.

We are the leading alcohol use disorder treatment provider in Colorado , including mental health and dual diagnosis. Our treatment options work for individuals seeking a life of sobriety.

We provide lasting solutions and outpatient care programs to individuals and their families suffering from these conditions. Call us today at (719) 259-1107. Our compassionate and licensed staff is here to help you move toward long-term recovery. 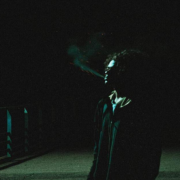 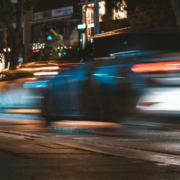 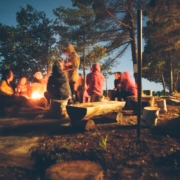 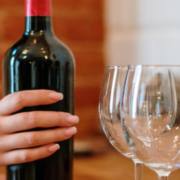 How to Help an Alcoholic
0 replies