Colorado continues to witness the devastating effects of the disease of addiction. Alcohol and drug abuse is all too common, even in areas like Boulder, Colorado, a top-ranked city in the nation to live. Unfortunately, there aren’t many communities in America that haven’t felt some degree of impact from substance abuse and dependency. Chances are, if you’re on this page, you may be more directly experiencing the issues that surround addiction. We’ve put together a list of Boulder rehab resources to help point you or your loved one in the right direction.

The use of illicit drugs or alcohol can have devastating effects on an individual’s ability to function within social or even in interpersonal settings. If you are reading this, chances are you or a loved one are ready to make a change. To learn about how recovery from alcohol or drugs is not only possible but how life in recovery is amazing. With these Boulder rehab resources, individuals and families can better be equipped to face the ongoing battle of addiction, substance dependency, and co-occurring mental health issues.

The county seat and the most populous city in the county of Boulder. In fact, it is the 11th most populous city in the state of Colorado. In 2010, there were more than 97,000 people who called Boulder their home. Boulder is located 25 miles northwest of the capital city of Denver. It is known for its interesting western history. The University of Colorado is located in Boulder as well, which is the state’s largest university. Boulder is known for its high ranks in health, education, and overall quality of life. Boulder, CO has also been named one of the happiest places in the U.S. This is not surprising considering how beautiful this area is. Boulder, Colorado is a beautiful city with an ever-expanding economy. Due to how well-populated Boulder is, many addicts are exposed to triggers day in and day out. They may be facing challenges day after day to get sober. Many addicts end up losing hope and believing that there’s no way that they can recover.

Many Coloradans and residents in Boulder face the same issues. If this applies to you, we want you to know that there is a way for you to get help. In fact, there are many addiction resources available to you in Boulder, Colorado. We’d like to take a moment and talk about what those resources are. When recovering from a substance use disorder (SUD), addicts need a lot of support and help from the community. Peer support may be critical to overall recovery success. Those who get more support from those around them are more likely to do well.

There are many different types of recovery meetings and support groups out there. There are 12-step programs, like Alcoholics Anonymous and Narcotics Anonymous, and science-based programs like Self-Management and Recovery Training (SMART) meetings.

Alcoholics Anonymous is often known by just AA. AA is an organization that was built to help alcoholics remain in recovery. It has been around for several decades and has helped many alcoholics stop drinking. This organization was founded in Ohio; however, it has now expanded to become a global organization. There are meetings in almost every country in the world.

AA meetings are faith-based, which means that members put their faith in a power greater than themselves to help them recover. The higher power does not have to be a religious figure. It can simply be a belief in oneself. AA is quite effective. A study found that those who attended AA were able to abstain from alcohol at better rates than those who didn’t attend.

One of the best and most popular Boulder rehab resources includes self-management and training meetings. With Self-Management and Recovery Training (SMART) meetings, individuals can hone skill sets that help to avoid relapse triggers and build confidence. These meetings are science-based and follow a 4-point program. They’re different from standard 12-step programs. These meetings help members learn how to manage addictive any type of addictive behavior.

There aren’t any SMART meetings in Boulder, CO. Fortunately, those who are interested in attending these meetings can find some other alternatives and options within 25 miles away.

The families of addicts need assistance too. They are also going through a difficult time although most people don’t realize it. Loved ones of alcoholics may feel the need to help them get over the addiction. They may dedicate a lot of time and money to helping the alcoholic only to get burned at the end. Many loved ones will get burned out dealing with the addiction.

Loved ones who feel that they need a little more support should go to Al-Anon meetings. These meetings are also faith-based and follow the same twelve steps. At these meetings, members can openly talk about what they’re going through. They can also seek support and a shoulder to lean on from other members. Al-Anon members are very comforting and inviting.

There is one Alateen meeting available in the Boulder, Colorado. With that said, any teenagers who are interested in going to an Alateen meeting will find that there are a lot more options if they expand their search to nearby cities. Choose from Boulder rehab resources that are focused on individuals battling with addiction and family members impacted from the disease of addiction. 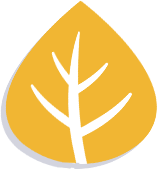 Looking for Boulder rehab resources can be a daunting process. AspenRidge Recovery’s addiction specialists are available 24/7 through our helpline. Accessible to Boulder residents, we can help answer questions for those in need of immediate support or who may be inquiring of various types of treatment methods and group meetings in the Boulder area. We’d be happy to point you to the resources that are the best fit for your situation. Give us a call now. Nar Anon follows the same twelve steps as Al-Anon and Alateen. These meetings are also faith-based, which means that members put their faith in a power greater than themselves.

There are several Nar Anon meetings in Boulder, Colorado. Check link below to see the options available.

Rates of substance abuse and addiction are higher among people in the LGBTQ+ community than in other segments of society. Having access to LGBTQ Drug and Alcohol rehab programs catering to specific LGBTQ-issues is imperative to help individuals overcome the disease of addiction.

AspenRidge provides a continuum of care of individuals facing substance abuse issues and co-occurring mental health disorders. We offer inclusive support for LGBTQ community and residents throughout the state of Colorado. Our programs include: